Polk Audio has traditionally been regarded as a high quality, but mass-market brand. Years ago Polk decided to invest their considerable financial resources to develop speakers with the looks and sound to compete with very expensive high-end speakers, but at much more affordable prices.

The result was their LSi series, which played to universal critical acclaim. They have a very attractive finish with gloss piano black surfaces contrasted with beautiful ebony or cherry wood side panels. Most importantly, they have a sweet, detailed sound that makes you sit up and take notice.

Years ago a friend who does not work in the industry accompanied me to an audio show. We heard a demo of the Polk LSi9s and then heard a different demonstration in another room. When we left the second demo he mentioned he much preferred the Polks. He didn’t know that the LSi9 speakers were $999 per pair and the speakers he had just heard were $20,000 per pair. It goes to show how good the LSi speakers are and also that not everything with a high price tag is worth the money.

The Polk LSi9 speakers are big, heavy, and very finely crafted with real wood side panels. They are rated at 4 ohms and as such require a powerful receiver. With proper amplification the sound is sublime, with a rich tonal palette rendered with lots of fine detail and perfect balance. They are large and heavy and require sturdy speaker stands.  This is too good of a speaker to simply put on a bookshelf (though it would be difficult to fit anyway) or place on a piece of furniture.

There are a few other models in the LSi series. The entry-level speaker was the LSi7, a smaller bookshelf speaker, and at the top of the line was the LSi15 towers that had built-in powered subwoofers. Of all the LSi speakers it seems that the LSi9 received the most critical acclaim. The LSiFX surround speakers and LSiC center channel were available to fill out a full home theater.  A full 5.1 or 7.1 LSi home theater would provide stunning sound, but make sure you have a very beefy amp as you will be driving 5 or 7 speaker with a 4-ohm impedance.

Used LSi9 speakers still sell between $400 and $600 per pair on the used market, a testament to their fine quality and desirability. If you are in the market for speakers that look and sound high-end for well under $1,000, a set of LSi9s would be a great choice.

The replacement to the LSi series was Polk’s LSiM series, with similar styling cues and even higher-grade sound and construction.  If you want new high-end speakers they are definitely worth a look. They are noticeably more expensive than the LSi speakers were, but sound quality is even better, especially in the tower models. 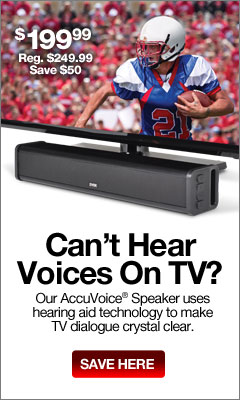 Beni – Assistant to the Site Mascot